Again, it’s cold here in the Midwest, with wind chills well below zero but this too shall pass. And it makes it more tolerable since we are heading to warmer weather later this week!

Last week, I mused about our bucket lists and mentioned Italy and that repeat visits, should the opportunity arise, will always be on our list. We first  visited Italy in 2007 when our youngest daughter, Melissa, was doing her study abroad at the University of Udine. Donna and I are grateful that our daughters selected such fun and interesting places to study and provided us the opportunity and reason to travel to see them. Udine is located north of Venice near the border with Austria so has a cross between the northern Italian and Germanic cultures. I mention that because its not on the main tourist trail but worth a visit if one has time and wants to experience some local culture.

During our three week stay in Italy in late March and early April, we traveled exclusively by public transportation, trains, boats, subway, bus, taxi and lots of walking. We met Melissa in Venice where we spent a couple of days touring the “City of Bridges” aka the “City of Canals.” While Venice is one of the world’s top destinations for tourists, we didn’t find it overly crowded but we were early in the season. We enjoyed leisurely walks around the city, stopping for coffee and a bite to eat. St. Mark’s Basilica was one of our favorite stops, we paid extra (most churches have a profit center) to get behind the scenes.  Here’s the view we saw of Piazza San Marco from the dome, people and pigeons!

As we toured the city, we were fascinated by the canals, boats and bridges. Here’s a view of one of the many water “streets” of Venice.

From Venice, we took the direct train to Rome, even with that, its about a six hour ride. Prior to our departure from the US, we had rented an apartment online within walking distance of the train station. I should explain, that on December 23, 2006 (about 3 1/2 months before our trip), we were in a car accident and Donna’s pelvis was cracked in three places (the diagnosis is a long story in itself). While she was recuperating (bed rest), she had lot of time on her hands. So she did research for the trip including finding this apartment in the International Sector of Rome. What a fun place, people from all over the world and some of the best ethnic restaurants in the city. Since Melissa had already been in Italy for several months, she was excited about having something beside pasta and pizza!

There is so much to see and do in Rome that one should allow a week or more to really absorb the culture and vibe of the city. It was easy to get around and we never felt unsafe. We’d heard stories about how dirty, smoggy city was with lots of petty crime and rude people. Never saw that part of Rome at all. We made a couple of trips to the Vatican and Sistine Chapel. While Donna was on bed rest, she made a lot of calls and arranged for tickets to the audience with the Pope that happens every Wednesday the Pope is in town. We were instructed by the nun that dispensed our tickets to get there early and “run like hell” to get a good seat. Fortunately, we were early and had front row seats. Now I must clarify there were about 25,000 friends and neighbors from around the world at the audience. It was a fun cultural experience, something we won’t forget. After the audience, Donna and Melissa paid to go down to the crypts of the Popes below the Basilica and I paid to stay above ground and walk up to the dome of St. Peter’s for some photos, here’s one my views with the Apostles in the foreground:

Later in the day, we were hungry and looking for a place to have something to eat. While walking along one of the streets near the Vatican, we saw an open restaurant on a side street. We went in and ordered some of that superbly wonderful thin crust pizza available in Italy. At the next table were what thought were some businessmen having the full course dinner, appetizer, first plate, second plate, dessert, and of course lots of wine. They were really packing in the food, towards the end, one of the guys leaned back in his chair and a couple of buttons popped off his shirt! Didn’t faze him, just kept on eating and enjoying.

We were amazed by the beautiful architecture that was all around us. Here’s a late afternoon view from near the Roman Forum and Colosseum:

A lot more can be said about Rome, I’ll save some photos and stories for another post, so let’s move on to Florence. Over the years, we’ve heard that Florence is the most desired destination in Italy. After Rome, it was a bit of let down. It wasn’t as clean and was certainly more crowded with tourists and tour buses. Don’t get me wrong, it’s a beautiful city and we had a lot of fun walking around but not the same vibe as Rome. It was Easter weekend so some things were closed or had reduced hours. We went to Easter services at the domed cathedral Santa Maria del Fiore or commonly known as “The Duomo.” One evening, we walked around the city to see the sights and lights. Here’s one of the photos I took of the famous bridge “Ponte Vecchio” (old bridge) that has been there for centuries. It was the only bridge the Germans didn’t destroy in Florence when fleeing from the Allies during WWII.

One of the days while in Florence, we took a bus to one of the nearby towns, just to get out and see the countryside. It was a delightful little town, with some good views of  Florence from a distance. When we were walking around the town, Donna and I saw the local cemetery. The gate was open so we walked in to take a closer look. We thought it was fascinating and held a lot of history. Melissa, not so much, she thought is was morbid and spooky so waited outside.

While we were walking around, looking at the headstones, we heard the gates to the cemetery closing. We were locked in! It was then we realized that the sign outside the gate said it was closed from Noon to 3:00 PM for siesta. And it was now Noon! We walked up to the gate and Melissa was standing outside the gate with a really disgusted look on her face and thinking “I can’t take you people anywhere” and how funny it was that her parents were locked in a cemetery! 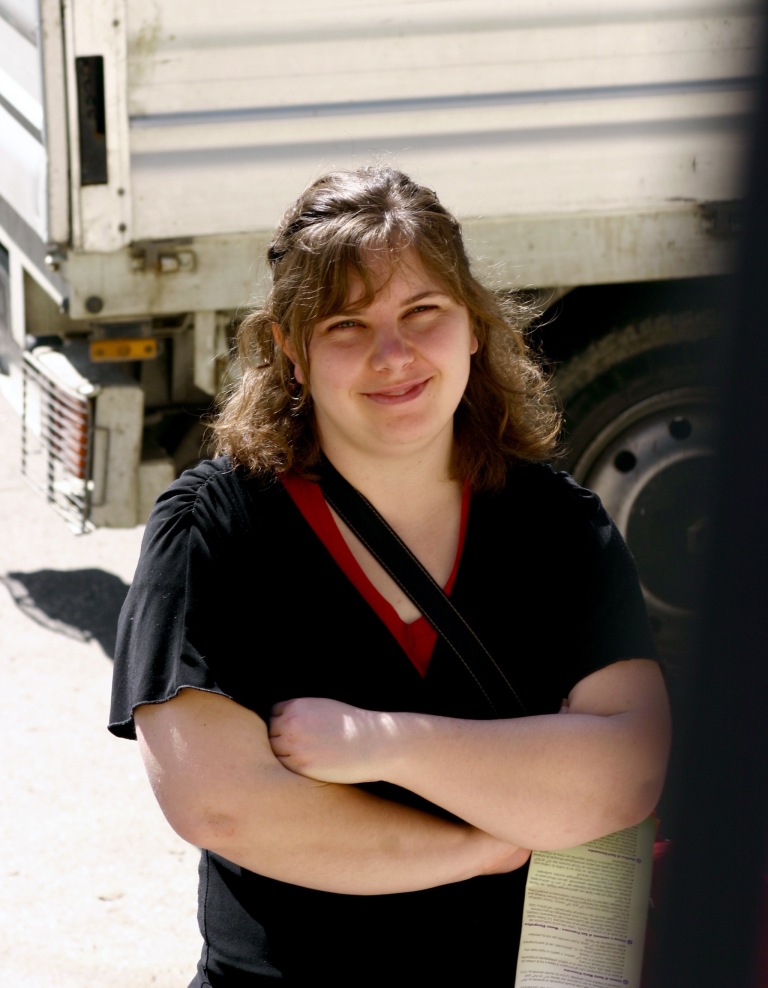 Well, we did get out eventually. One of the workers keep telling us (in Italian) from quite a distance (thinking yelling) that there was a button on the side of the gate to push and the gate would open. After a few minutes, we finally figured it out. But to this day, this one of the experiences that we talk about, the day we got locked in the cemetery.

Watch for next week’s article on the rest of our travels in Italy.